I recently finished my first unit of British Heavy Dragoons, deciding on the 4th “Queens Own” due to their long history of involvement in the Peninsular Wars. As I painted them I thought they looked so Christmassy in their red and green that they would make the perfect Christmas post!

These figures are the new Peninsular War HaT Heavy Dragoon set, the second of two sets in which I participated in the crowd-funding campaign. As I stated in an earlier post on the sister set Light Dragoons, which can be found here, these were a very long time coming and I was excited to finally receive my order a couple of months ago.

Much has already been written about these, including a review of the set that can be found here on the Plastic Soldier Review. Like the light dragoons, I found there were problematic elements with these, but also things that I quite liked.

On the down side, again I found that the optional arms for some of the figures just did not fit at all and had to be universally re-pinned and reinforced with putty. Also the figures do not grip the horses well, also requiring pinning and there is the odd issue of the missing (or at least truncated) plumes on some figures. The one issue that many found bothersome was the disparity of sizes among the figures, and although this is true, I did find that once I had added the missing plumes this became less obvious. The static and repetitive quality of the poses has also been criticized, but I think that the optional arms, if you go to the trouble to apply them correctly, help make up for this failing.

So on to what I do like. The horses are well-sculpted, although unfortunately only two poses, and overall I found that flash and blobby detail was less an issue with both horses and men than with the light dragoons. Like the light dragoon set I really like the campaign feeling of these. Although none of the heavies wear the customary overalls, they all carry a haversack, canteen and all have a carbine that can be attached. I reinforced this attachment with lots of glue as it seems it is  a part that could easily be dislodged if you are using these as gaming figures.

Overall I was happy enough with the set. I guess I just love painting red-coated soldiers so that alone is a bonus. The missing plumes are just weird but I found those were easily replaced and again, with a bit of work up front, the set was still a real pleasure to paint, despite their many imperfections.

A bit of History

The 4th "Queens Own" were first established in 1685 at the time of the Monmouth Rebellion as the Princess Anne of Denmark's Regiment of Dragoons. It received its rank of forth in the listings in 1751 and in 1788 was designated "Queen's Own" after King George III's wife, Queen Charlotte.

The 4th Regiment arrived in Portugal in April of 1809 and was brigaded with the 3rd Dragoon Guards to form the first British heavy cavalry brigade in the Peninsular War under Major General Henry Fane. They went on to be present at Talavera and served with the British cavalry throughout the remainder of the Peninsular War.

If you are interested in more history of this unit, along with some great information on the mounts of the British heavy cavalry I would refer you to the post on JJ’s Wargames that can be found here. 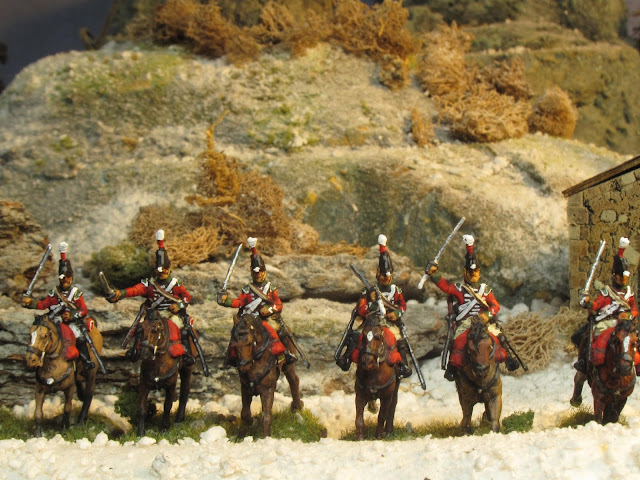 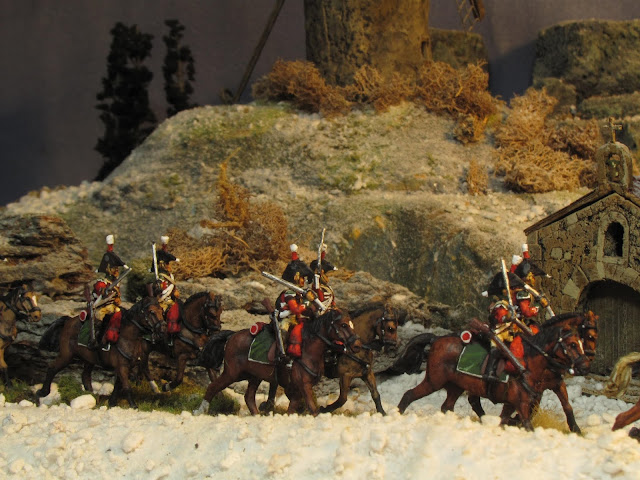 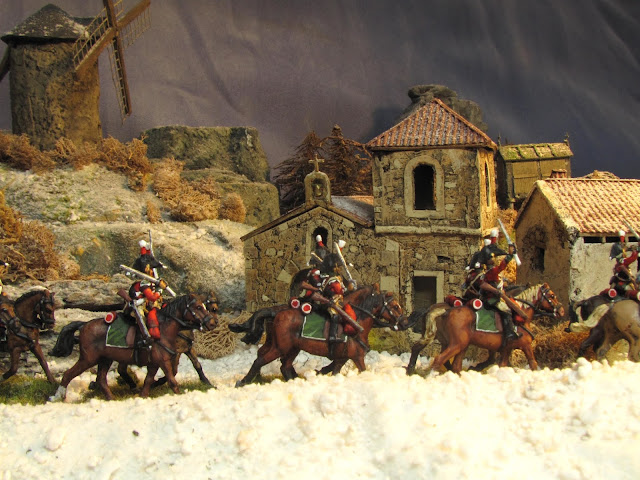