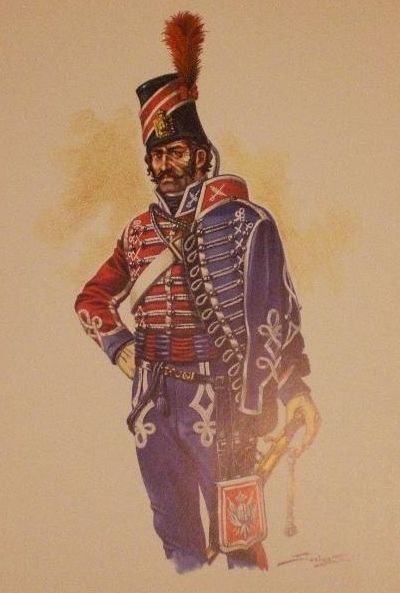 For a while I have wanted to add to my Spanish horse regiments and was inspired this fall to tackle that project. To date I had painted up some dragoons and line cavalry along with a small contingent of hussars, the Granaderos a Caballo de Fernando VII which you can see here.

There are few (if any!) Spanish cavalry sets in 1/72 plastic, but fortunately hussar uniforms are fairly consistent nation to nation and the Spanish hussars are no exception. The major difference is the archaic Mirliton cap, which was eventually replaced by the shako, some sources saying by the time of the battle of Ocaña in November of 1809. As I was using the Italeri Hussars as my starting point I elected to leave them in shakos.

I did minimum conversion on the riders, removing the plume and swapping some heads onto some Chasseurs a cheval pillaged from the Italeri French Command set. These Chasseurs figures lacked the sabretache but this probably wasn’t worn on campaign anyway. The only major difference that I let slide was the fact that the pelisse of the Spanish Hussars had a red cloth collar rather than the fur collar more commonly seen on hussars and modelled on the French figures I used here.
The only other rider modification was an arm and head swap to make one of these into a trumpeter. I did a bit more work on the horses, leaving them with their sheepskin saddles (most references, with a few exceptions show Spanish hussars without them but I opted to leave well enough alone) but adding the shabraque that seems to have been used on most Spanish horse to make them more distinctive.
I hope you enjoy the results! 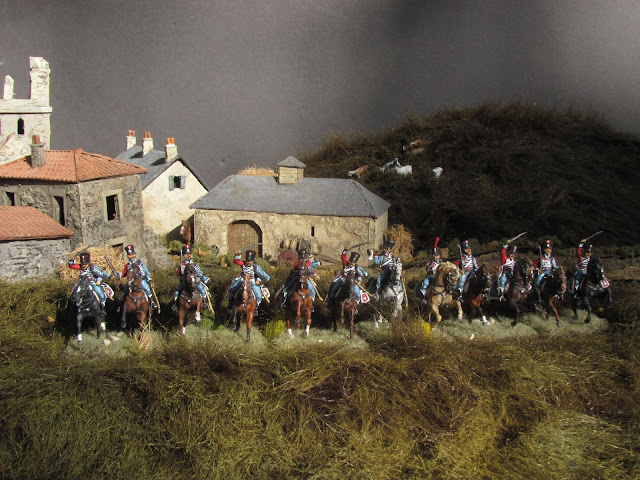 A Bit of History

The Húsares de Maria Luisa were established in 1793, originally as the Carabineros de Maria Luisa until they were renamed in 1803. Their early record was not impressive, earning the name “run-away Marys” in the war of the Oranges against Portugal.
In 1808 they formed two regiments, the 1st and 2nd, which were reformed into one regiment and renamed the Húsares de Extremadura in 1811 when the Spanish cavalry, much reduced, was reorganized. After the war they became known as the Húsares de Bailén.

For more information on the Spanish Hussar regiments visit:
http://www.littlewars.se/spanish/hussars.html