The 32me Infanterie de Ligne 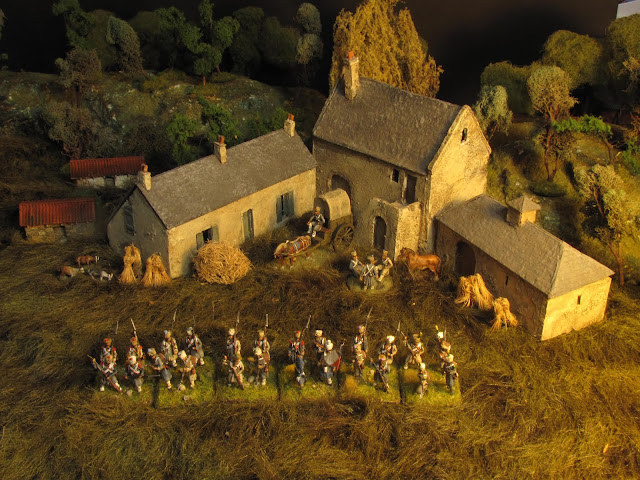 While my left eye is out of commission I figured I would tackle some French in greatcoats, a simpler painting proposition as I can avoid any piping on collars and cuffs. I still had a number of French left over from the HaT 1805-1808 French in Greatcoats set, some of which I had previously converted, so scalpel in hand I once again removed their bicorned heads and replaced them with shakoed heads from a box of 1805 Légere, also HaT (and a set full of stiff poses that I don't like!)
A bit of modelling putty transformed these into covered shakos, to which I added pompoms and plumes for the light infantry. The only major conversion was the standard bearer, an altered fusilier.

I thought I would set them somewhere in France this time, doubtlessly after their repatriation from Lisbon and prior to their return to Spain in 1808. And I especially want to point out all of my new trees in the background - another one-eyed project! I hope you enjoy the results. 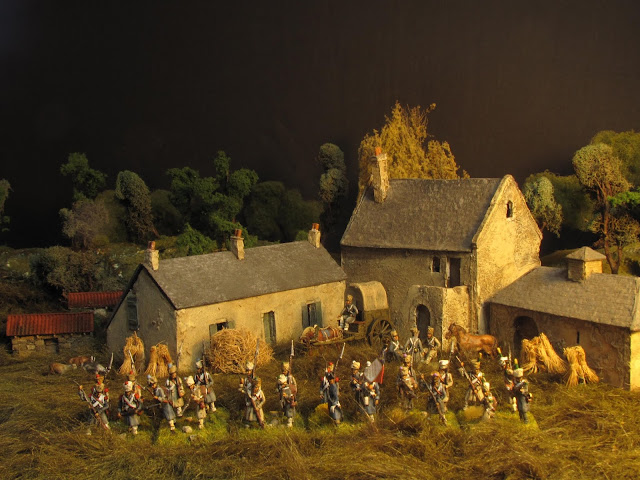 A little history
Created in 1775 from two battalions of Aunis, the 32nd was reconstituted during the reorganization of the French army in 1803 into three battalions of 800 men each.
The 32nd (3rd battalion) marched with Junot into Portugal as part of the Gironde Observation Corps in 1807, entering Spain via Salamanca and arriving in Lisbon as part of the Army of Portugal in December 8, 1807. After Junot’s defeat at Vimiero the 32nd was repatriated to France by sea and reorganized, after which the first three battalions were sent to Spain as part of the 1st Division of the 4th Corps under General Sébastiani. The regiment subsequently participated in the battles of Talavera, Almonacid, Baza, Ocana and Vittoria as well as other engagements in the Peninsular War. 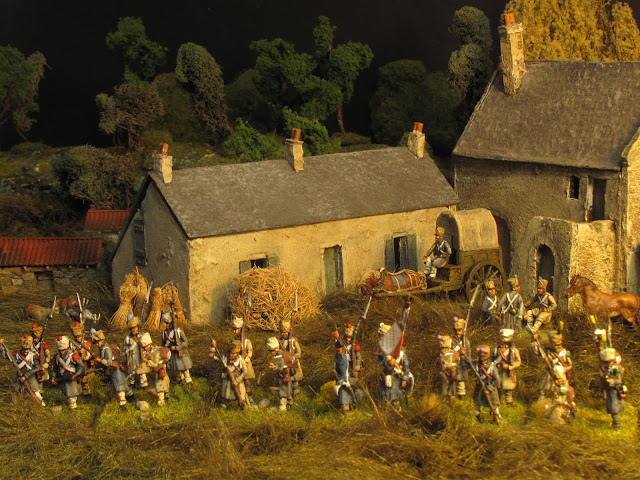 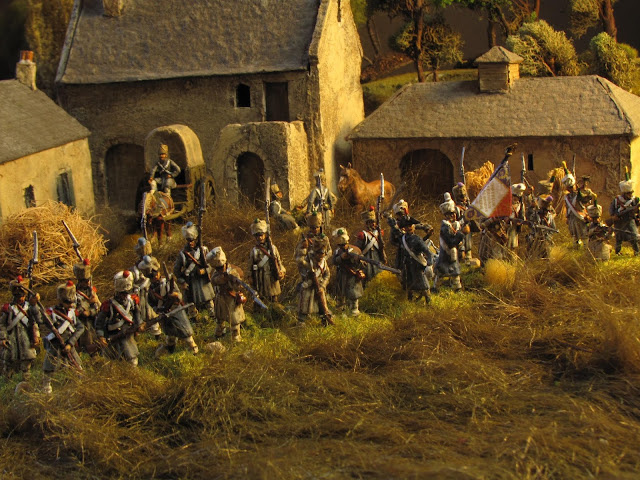 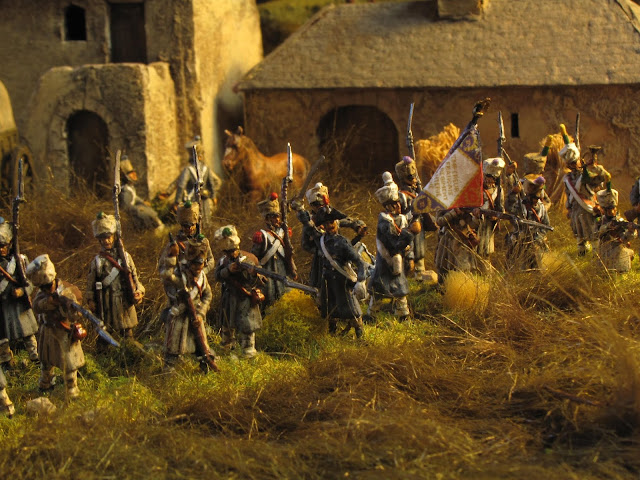