I finished up a brigade of French Dragoons this week, figures I began work on a year or two ago with the 2nd Regiment and completed in the past weeks with the 9th and the 14th. These units weren't necessarily brigaded together but all fought in Spain, notably, for these three, within the 2nd Dragoon Division of Latour-Maubourg at the Battle of Talavera in 1809
These figures are mostly from the Italeri French Dragoon set, with the exception of three figures in the 9th which were from the Zvezda command set (with a few modifications so that the dress matched those of the Italeri - longer coats, lapels...)
I have also always wanted to have a dedicated General de Brigade for my dragoons, and although there is a good figure in the Italeri French Command set, he is standing beside his horse. I wanted one on horseback, a general that could ride around the battlefield in the company of his beloved dragoons. So, out with the knife!
The commander was a fairly simple conversion, grafting the top half of the standing figure (map removed but a bit left to suggest reigns) to the bottom half of another figure seated on a horse. The left arm had to be adjusted somewhat to make room for the sword hilt and the seam patched a bit, but that was all.
Here are some photos of the results, with the most recently painted first... 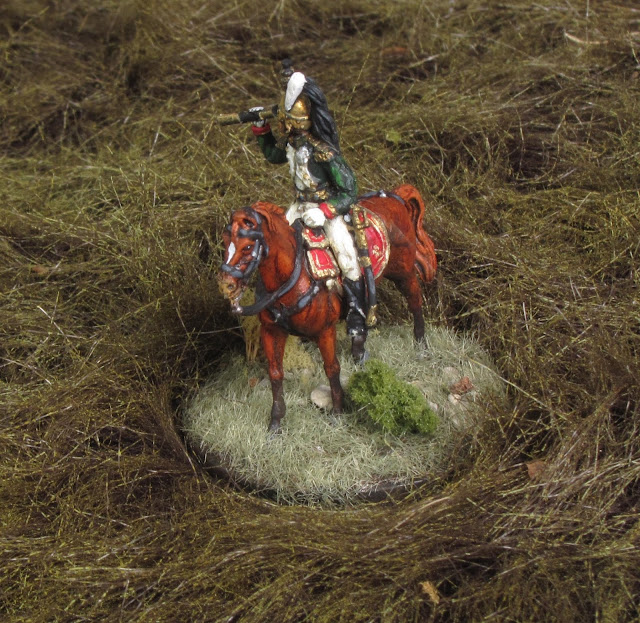 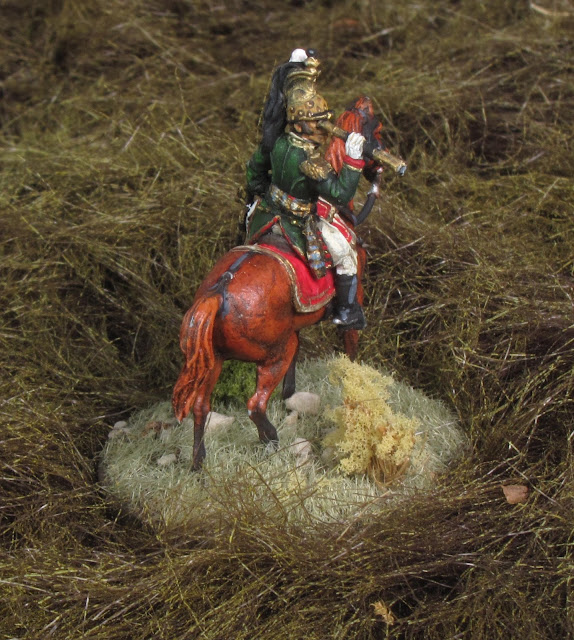