As I was just coming off painting numerous battalions of British and had my red-coat-painting chops well-exercised I was eager to get this Swiss regiment on the table. As so often is the case, I was also inspired by the fact that my gaming buddy and fellow Peninsular War aficionado Brian North was going to be back in Canada (he lives in Europe so we have a trans-Atlantic gaming schedule) and we had agreed to play out the Battle of Roliça, where the 4th Swiss were present.
So...
Out with the bottles of red again. Other than the colour of coat, which Napoleon allowed his Swiss mercenaries to retain in recognition of their - um - Swissness, the uniforms were essentially the same as French Line. 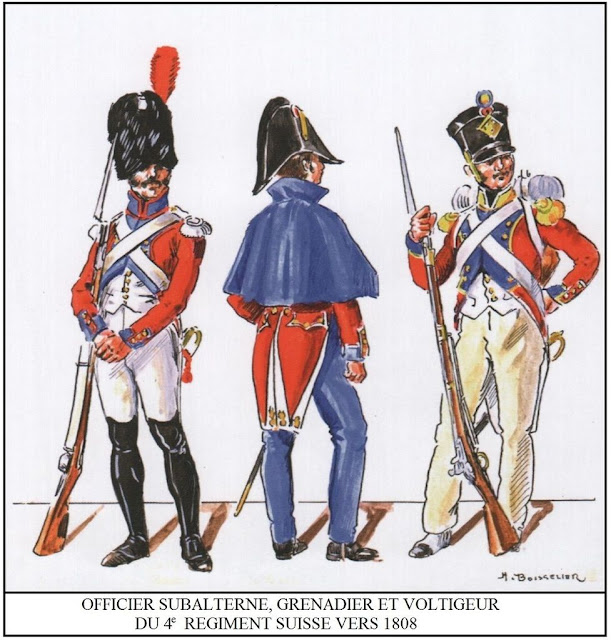 The intention originally was to raise six demi-brigades of Swiss following the occupation of Switzerland by French revolutionary forces in 1778 but this recruitment was less than successful. In 1805 Napoleon authorized the recruitment of a Swiss infantry regiment, and three more were created in October of 1807. All regiments fought well, in both Spain and Russia, their musketry so well-controlled that French general Merle remarked, "It was pity that the Swiss couldn't handle two muskets at once, if they could I would issue them."
In the Peninsula the Swiss fought in numerous battles, including the battle of Bailen where, with Dupont on the verge of defeat,  the Swiss battalions in Schramm's brigade famously deserted to their Swiss mercenary counterparts in the Spanish army!

The 4th Regiment was engaged in the following battles in the Peninsula:
1808 - Lisbon, Alcolea, Obidos, Roliça and Vimeiro
1809- Chaves, Tuy and Oporto
1810 - Vallavoid 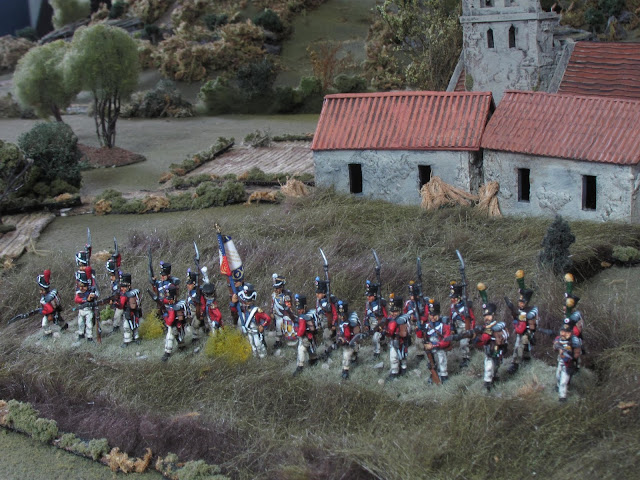 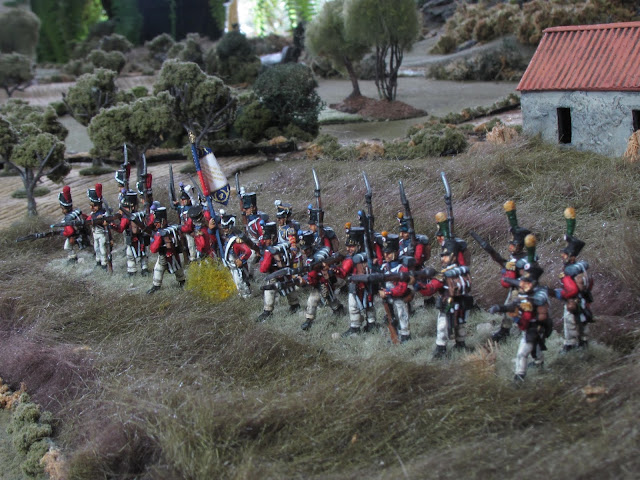