I thought I would tackle the 3rd Hussars as my first French Hussar regiment for my Peninsular French army, for no other reason than I didn't feel like painting baby blue (sorry, sky blue!) uniforms just yet and I had seen reference of an officer in some very flashy red boots.
One of the participants on Benno's forum made mention that he thought that the Italeri Hussars were some of the best Napoleonic cavalry figures in 1/72 out there and I would tend to agree. They painted up beautifully and there was a great range of poses for both the riders and their horses. All are painted straight out of the box with no conversions necessary this time!

The 3rd Hussars were present at many of the Peninsular battles form 1808 and onwards and should get good play on my gaming board in their role as light cavalry. Here is a list of their regimental war record in the Peninsula. 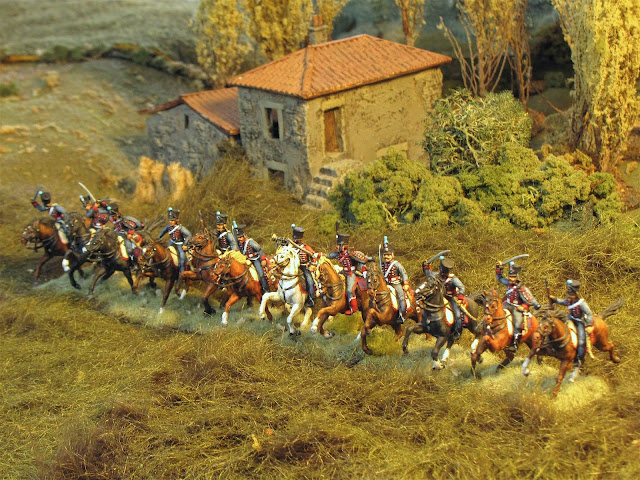 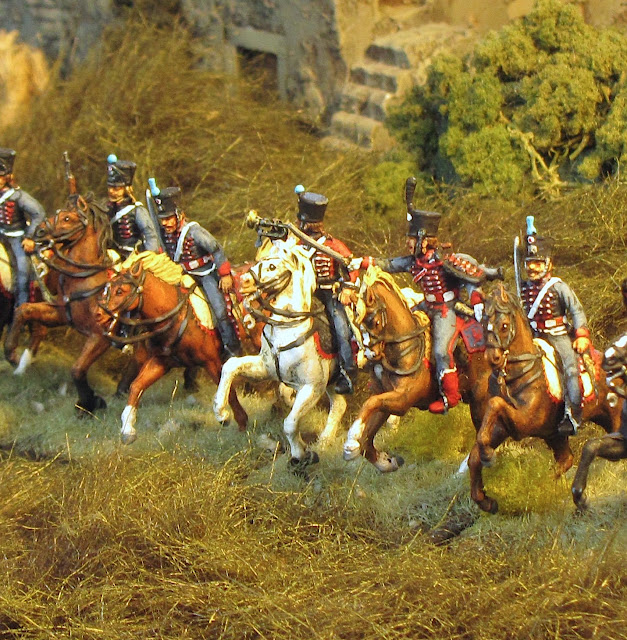 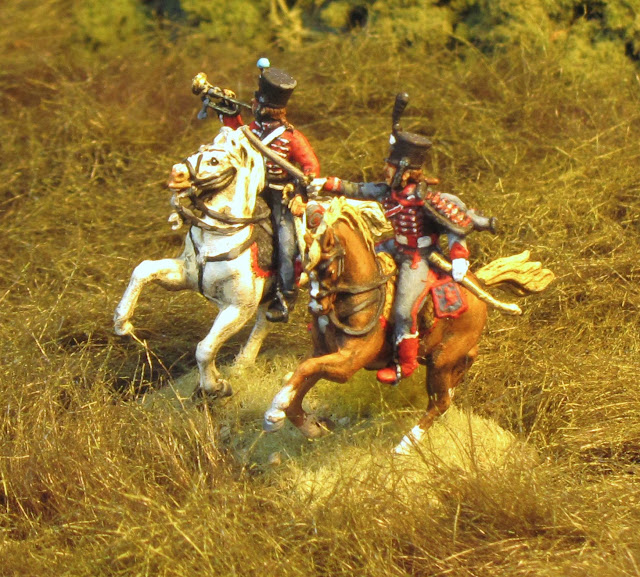 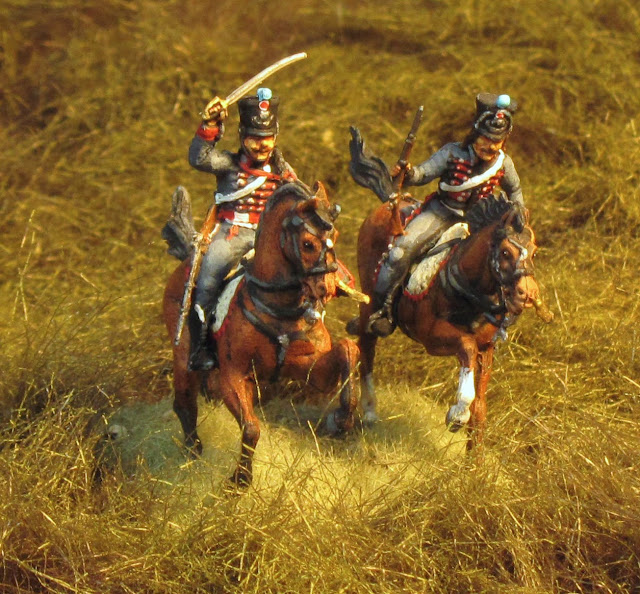 I wanted to try my hand at converting some figures to ADC's, not really needed on my gaming table but nice to place on board scurrying here and there with new orders. They also have subbed as command figures on more than one occasion.

And here are a few more shots of the conversions. 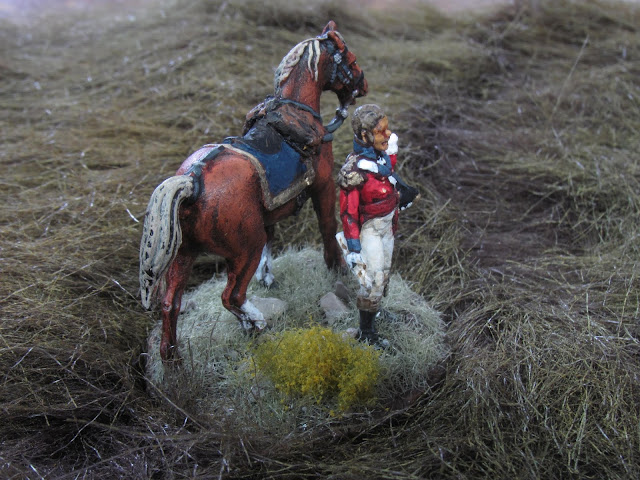 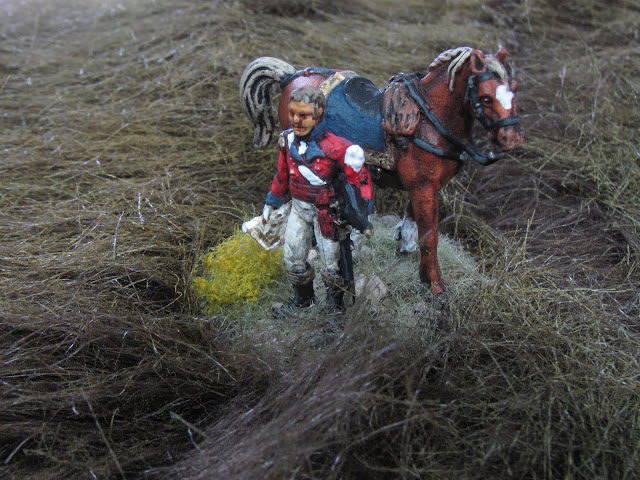 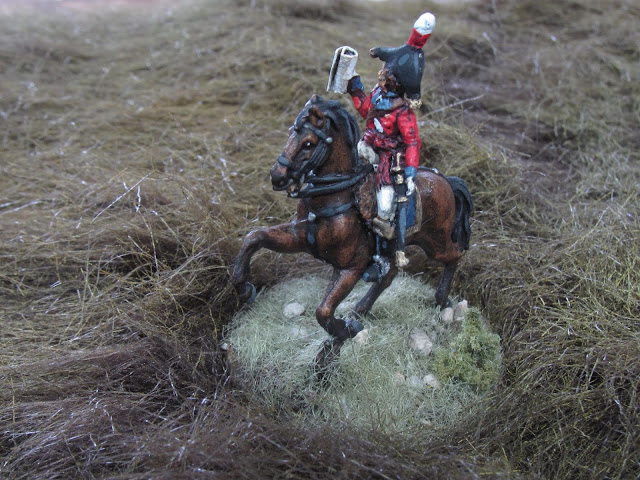 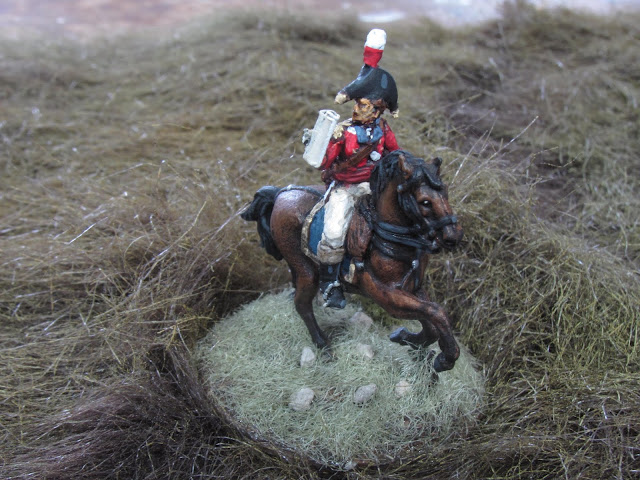 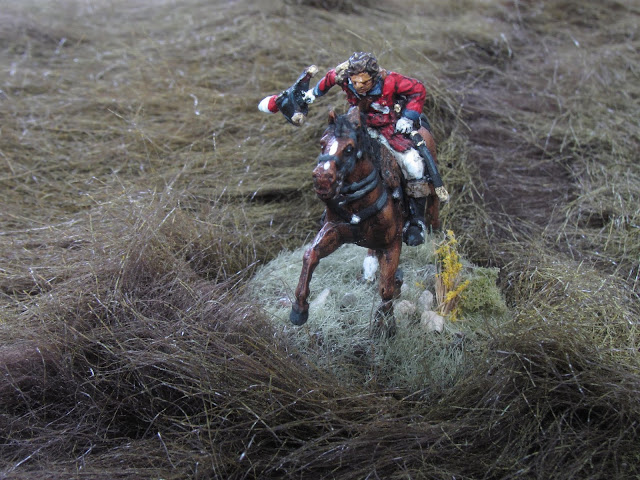 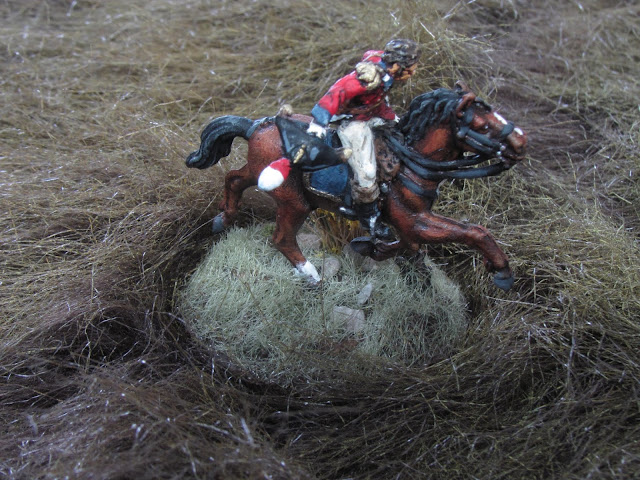 My second stab at conversions is these Italeri British Horse artillery into Foot artillery.

There are no very satisfactory British Foot artillery sets, in my opinion, so I decided to tackle this conversion. As the Itlaeri set incorrectly had the horse artillery in tailed jackets, that made things a bit easier. And I always can use a few more tarleton helmeted heads in the parts box!
The new heads were extras from the HaT British infantry set. Besides this, it was mostly ridding them of their swords and the addition of belts, bread bags and canteens as well as a second end to the gun swab.
This isn't a bad set to work with - I find the figures a bit tall and lanky, but they fit in well enough with my previous conversion of the more stocky Hagen metal Portuguese into British gunners. The gun in these pictures is a Hagen gun, better than the serviceable but not so-detailed Italeri gun pictured above that comes with the horse artillery. I'm certain more of these conversions will eventually make it onto my table as need for more British artillery arises!


So here are the final conversions... 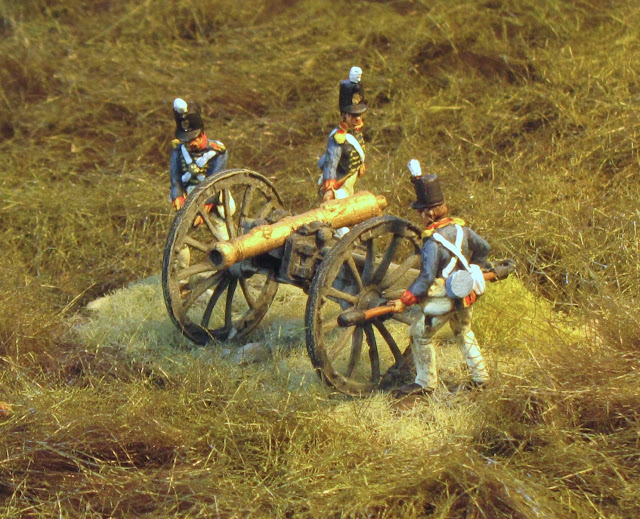 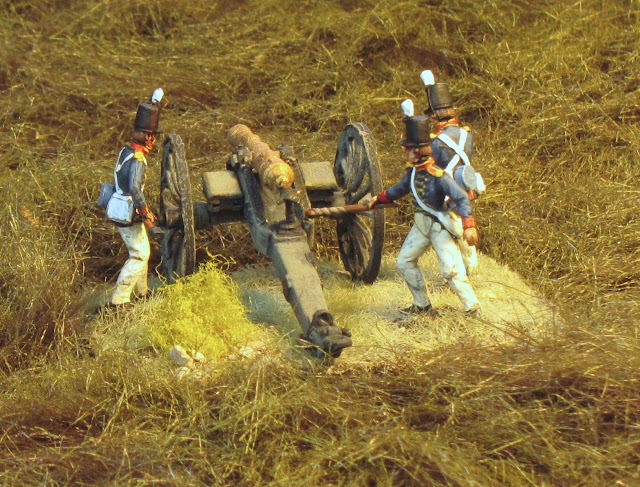 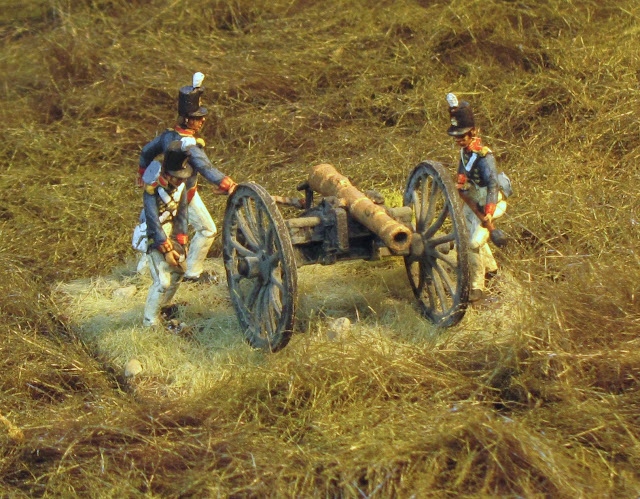 Posted by Bill Slavin at 7:52 AM No comments: